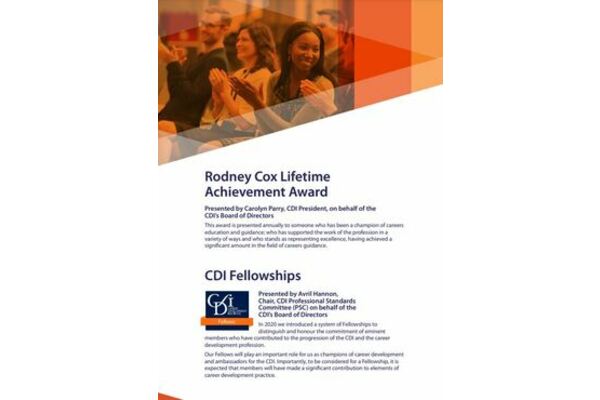 First to the virtual podium was Claire Johnson to receive the prestigious recognition of Fellowship from the CDI. Particular mention was made of Claire's contribution to training and professional development in the career development field. It was noted that she has played a significant role in every new training arrangement and qualification system over many years.

She was soon followed by Jane Artess, who received the Rodney Cox Lifetime Achievement Award for her decades of commitment and endeavour to career research and practice. Following her early career as a practitioner, Jane moved to work at HECSU and later to the International Centre for Guidance Studies at the University of Derby. Alongside these roles, Jane has made a huge contribution to NICEC. Jane fully deserves recognition of her 'lifetime achievement'.

Many congratulations to them both from all at NICEC on their Awards!